The Church in Southern Africa under the Nunciature consists of 29 ecclesiastical territories.

Because of the missionary nature of the work of the Church in Southern Africa, the Archdioceses, Dioceses, Vicariates and Prefectures still fall under the direction of the Congregation for the Evangelisation of Peoples in Rome.

The Conference is an association of local Ordinaries, other than Vicars General, of the Roman Catholic Church in the Republic of South Africa, Botswana and Swaziland, their coadjutors, auxiliaries and other titular Bishops who perform special work entrusted to them by the Apostolic See, or by the Conference itself.

The Conference is primarily a consultative body and its resolutions outside the cases mentioned below have no binding force on the Ordinaries or their subjects except in so far as individual Ordinaries consent to support them.

In terms of paragraph 38, No 4 of the Decree of the Vatican Council on the Pastoral Office of Bishops, “Christus Dominus”, decisions of the Conference are juridically binding only when prescribed by Common Law, or specified by a special mandate of the Holy See, given “Motu Proprio”, or in response to a petition from the Conference. They are made in due form by a two-thirds majority of those present, and are reviewed by the Holy See.

The SACBC is empowered to set up departments (Departments, Commissions, Councils, Offices, Committees, Associate Bodies and any other Forums) for the fostering of special objects and activities in accordance with clearly defined terms of reference but without legislative power. Their work is directed by the Administrative Board which acts as the Standing Committee of the Conference.

The Chairpersons of the Departments constitute the Administrative Board of the Conference.

President of the SACBC and Chairperson of the Administrative Board: 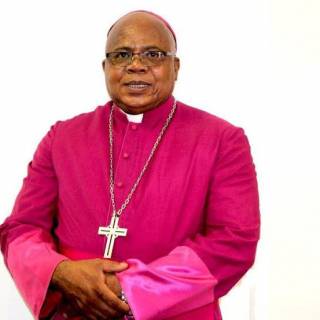 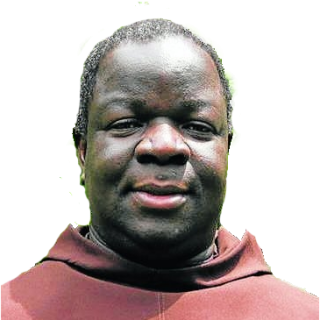 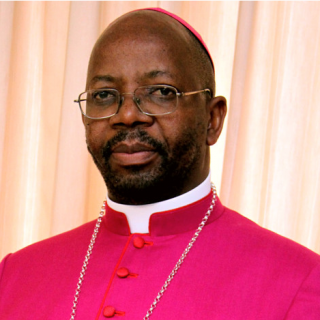 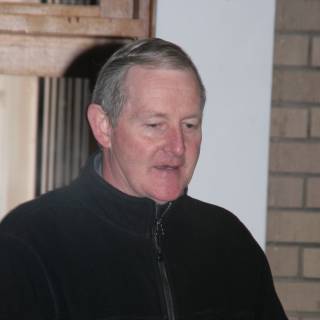 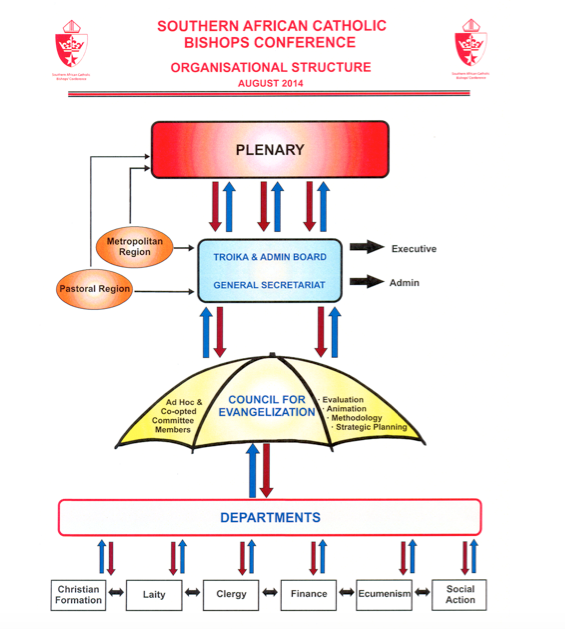 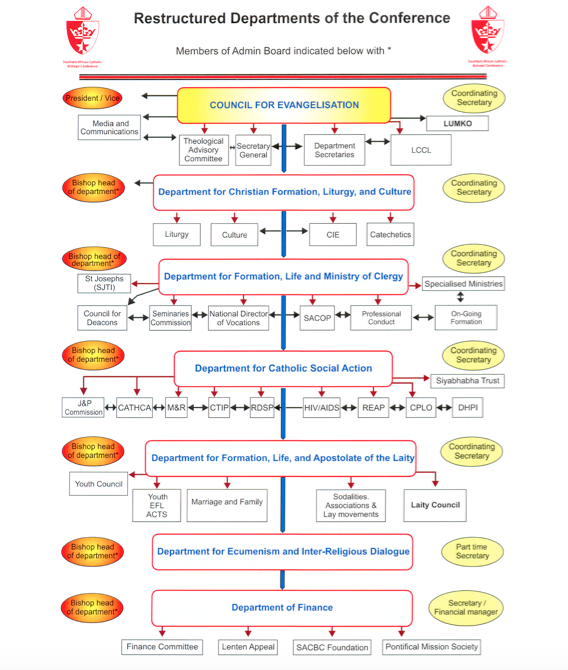